Is it possible to get 60 inch shoulders naturally?

Find out if you have the genetics to sculpt 60 inch shoulders. 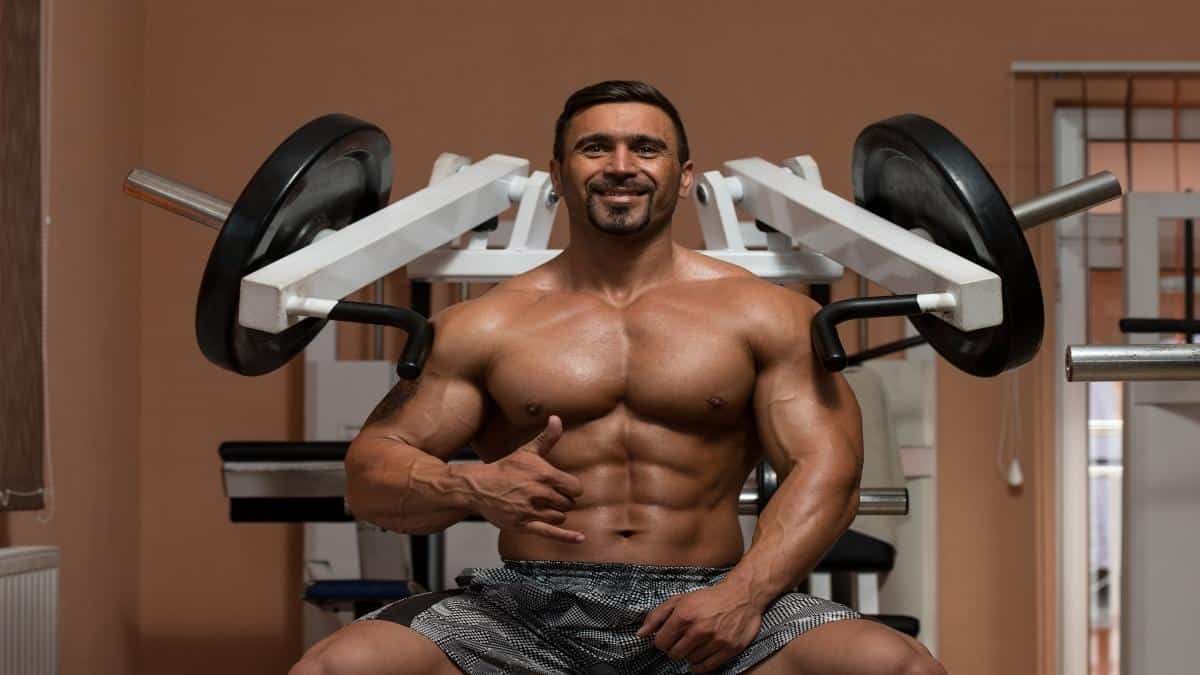 If you have 60 inch shoulders, then you pretty much have a bodybuilder shoulder width.

But if you're reading this article, then it's unlikely (though still possible) that you yourself have 60 inch shoulders. Instead, you're probably curious about what it would take to build 60″ shoulders naturally (if that's even possible).

With that in mind, this guide discusses what it would be like to have 60 inch shoulders as well as whether or not it's actually desirable to have broad 60 in shoulders.

How wide are 60 inch shoulders?

Now, there are some gifted individuals who have 60 in shoulders due to a combination of muscle mass and clavicle length, but these people are complete outliers. The rest of us can train as hard as we want and bulk as hard as we like, and we still wouldn't be able to get 60″ shoulders.

When you see a man with 60 inch shoulders, you instantly notice how imposing his physique is and how ridiculous and extreme his v-taper is.

The only time that you'll really see someone with 60 in shoulders is at professional bodybuilding contests, strongman competitions, and perhaps at the odd basketball or football game.

Is it possible to build 60 inch shoulders naturally?

While it's technically possible to build 60 inch shoulders naturally, most people simply don't have the genetics to do so.

Even with a big, filled-out frame, sculpting 60 inch shoulders is still unlikely as it would require either superphysiological levels or muscle mass and/or ridiculously long clavicles.

That said, if you're 7 feet tall and have slabs of mass on your body, then it might well be possible to get 60 inch shoulders (or even wider shoulders) naturally.

A good candidate in this regard would be The Dutch Giant Olivier Richters, who stands 7′2″ and weighs almost 350 lbs. I'm not much of a risk-taker, but I'd bet a lot of money on him having at least 60″ shoulders!

Of course, if you genuinely have 60″ shoulders, then you're probably going to get a lot of stares, especially if you're also really tall or really muscular.

So, providing that you're okay with having an incredible v-taper and an intimidating upper body, there are not many negatives that can be said about having 60 in shoulders beside the fact that you might struggle to fit in car seats and airplane seats!

The verdict: Should you try to sculpt 60 inch shoulders?

If you want to build a muscular and wide physique that demands respect, then there's no harm in dedicating yourself to the gym life. However, you also need to be realistic if you want to avoid disappointment.

While there's nothing wrong with setting ambitious goals for yourself, you need to understand that most of us simply don't have the genetics to build 60 inch shoulders.

Try as we might, our frames just can't fit enough muscle on them for our shoulders to cross the 60-inch mark.

The good news, of course, is that you can look very wide while having shoulders that measure substantially less than 60 inches.