If you have a resistance band, you can do concentration curls almost anywhere. 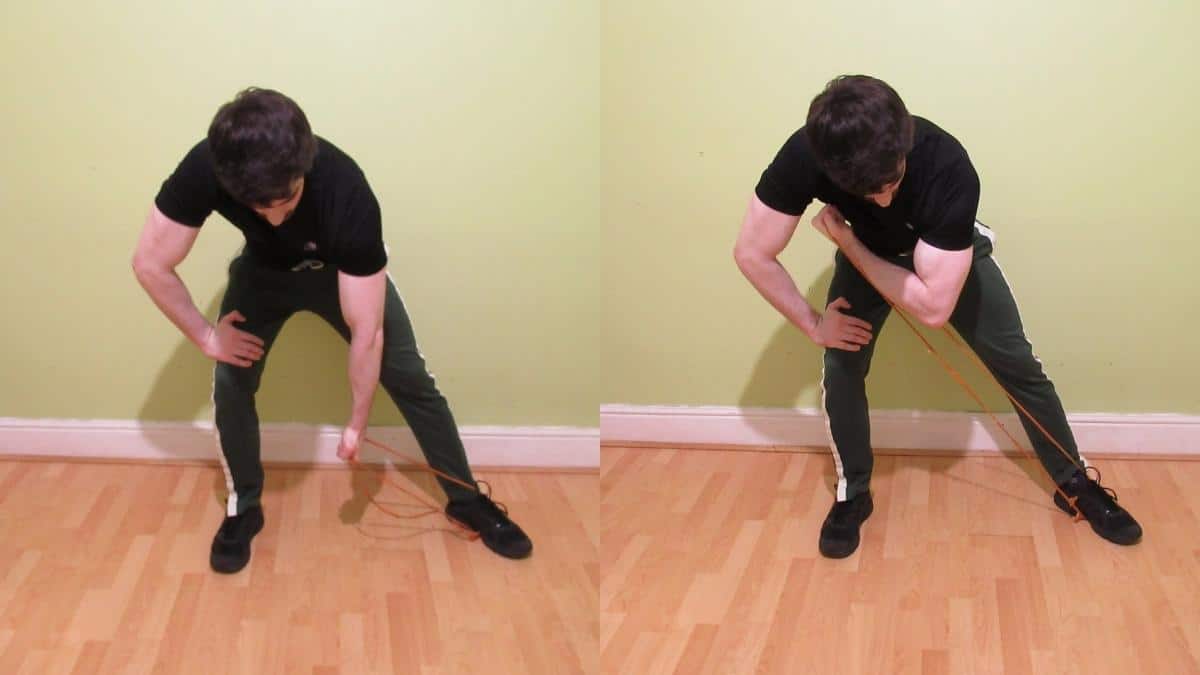 Due to the bicep anatomy, the short head of the biceps, which is located on the inner part of your arm, becomes more active when you curl with your arms in front of you.

This is where resistance band concentration curls excel.

They're a great alternative to seated concentration curls if you don't have access to free weights because you can do them absolutely anywhere. You can always perform bicep curls with bands regardless of whether you're at the gym, on the road, or getting your pump on in your living room, which makes it much easier to stick to your workout routine.

How to do concentration curls using resistance bands

There are three different ways to do concentration curls with bands. The first way (the one that you saw above) is the most popular because you can perform it virtually anywhere. It's recommended to try the different variations so see which you prefer.

Of course, you can also do other bicep workouts with bands to train your arms from a different angle and stimulate more growth. In this regard, the band Zottman curl is a good choice because it works the brachialis and brachioradialis muscles as well as the biceps.

Seated resistance band bicep concentration curls are very similar to the concentration kettlebell curl in terms of execution. The difference, of course, is that you're using bands rather than free weights, which are generally more joint-friendly and certainly much more portable.

To perform this banded concentration curl variation, sit on a bench and place one end of the band under your foot. Grab the other end of the band with the arm that's opposite this foot, and then bend over at your waist.

Rest your elbow against the inside of your leg, and then curl the band toward your shoulder. Flex your biceps and then finish the rep by releasing the contraction under control until your arm is completely locked out.

Since bands get heavier the more that you stretch them, you won't get much tension from this exercise until your biceps are maximally contracted. As such, it's recommended to stick to high reps so that your biceps get enough stimulation to grow bigger and stronger.

To work your brachialis and brachioradialis instead, you can do reverse curls using resistance bands in both the concentration position as well as the standing position.

If you want to save time by training both arms together, then this is the resistance band concentration curl for you.

Begin by standing in the middle of a resistance band. Grab the other end—with both hands this time—using an underhand grip. Bend over slightly and let your arms hang forward so that your elbows are fully extended.

While keeping your back flat, curl the band toward your shoulders and flex your biceps forcefully. Hold the contraction for a moment and then release the band slowly. Repeat the motion for 3-5 sets of 10-20 reps.

You can double loop your band so that it provides more tension from the very beginning of the rep. This way, you can perform lower reps because you're not just getting resistance for half of the exercise.

The banded incline curl is another good exercise to do if you have somewhere that you can anchor the band. This is because it emphasizes the biceps long head, whereas the band concentration curl prioritizes the short head.

Conclusion: Should you do concentration curls with resistance bands or not?

Resistance band concentration curls are highly convenient. All you need to get the most from them is a set of bands and a modest amount of workout space. As such, they're an ideal exercise to do if you can't get to the gym or want to work out when you're on the road.

You generally want to stick to high reps seen as resistance bands usually provide less tension than free weights. However, if you have access to especially challenging resistance bands, then you can certainly test your strength and lift heavy as well.