Check out these bodybuilders with 24 inch biceps 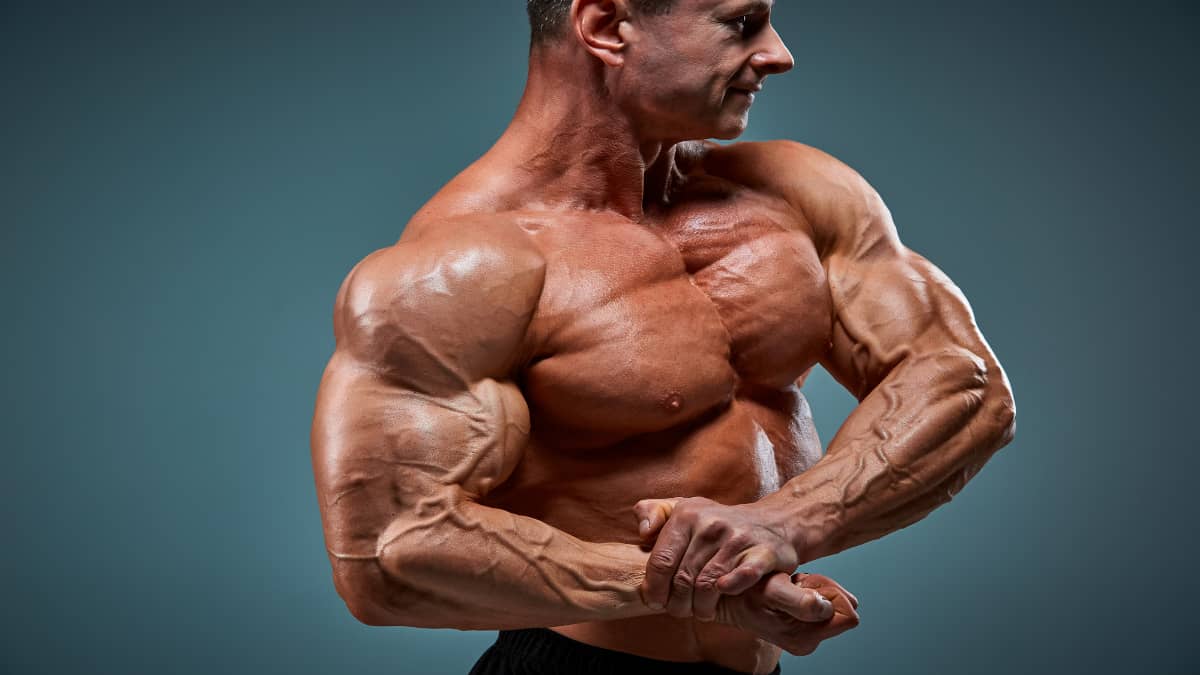 By understanding how your biceps brachii works, you can make your biceps grow faster. This is because you'll be able to select the most-effective mass building movements.

However, even with all the knowledge and dedication in the world, it's unlikely that you'll be able to build 24 inch biceps.

Sure, measuring your arms pumped might make them an inch bigger, but that's only a temporary size gain. And even then, it's unlikely that you'll have 24 inch arms unless you have crazy mass-building genetics. More on that in a second.

How Do Your Arms Compare?

Although it might be hard to believe, it is actually possible to build 24 inch biceps if you do everything that it takes to be a successful pro bodybuilder. As you'll see in just a minute, there are multiple examples of real-life bodybuilders who have lean 24 inch arms.

As for getting 24" biceps naturally, that's a different matter entirely.

In theory, though, if you have a huge frame (let's say you're 6'9") and you're willing to bulk up to a high body fat level, then you might actually be able to get 24" arms as a natural lifter.

After all, there are obese individuals who have a 24 inch arm circumference without lifting weights.

So when you add in a colossal frame size and good muscle-building genetics, it's likely possible for top-tier natural trainees to sculpt 24 in arms if they train hard for years or decades.

These 24 inch arm case studies show you what real 24 in biceps look like at different heights and builds.

In his prime, Ronnie Coleman had arms that were bigger than most men's thighs. Just let that comparison sink in. His biceps and triceps were bigger than your quads and hamstrings, and your legs probably aren't even small.

Ronnie says that he always had big arms, and when he started lifting, those genetics became very visually apparent.

It wouldn't be an over-exaggeration to say that his bicep peaks had peaks of their own. This is one reason why he registered such a large measurement; when your biceps are really peaked, they're naturally taller and able to push the tape measure further.

Of course, his triceps had an incredible amount of mass as well. Add these titanic tris to his bulging bis, and you can see how he was able to build 24 inch arms at a height of 5'11". [1]

Rich Piana was one of the biggest personalities in the fitness industry—both in terms of muscle mass and influence—and he was particularly well-known for the size of his arms, a colossal 24 inches.

Whether he needed to train his arms for 2 hours or 8 hours, Rich Piana did whatever it took to build some of the most mind-blowing arms in bodybuilding.

At one point, Rich even trained his arms daily with feeder workouts by performing 3 sets of 100 reps—and he saw tremendous growth.

As you can see from his arm training advice, Rich's philosophy was high-volume all the way. You can't expect to build 24 inch biceps (or even just get decent arms) without giving your bis and tris the stimulus that they need to grow.

Former White House Chef Andre Rush did an interview for Mark Bell's Super Training Gym channel and said that he built his 24 inch biceps through consistency, resiliency, and dedication.

That's important to note because you're most definitely not going to develop 24" arms overnight—even if you have top-tier genetics.

Being a chef, Andre Rush obviously understands that getting good nutrition is just as crucial as lifting hard and heavy when it comes to building muscle.

Anyone can get in shape with a decent diet and periodic weight training. But if you want to achieve something that 99% of people will never achieve—like building 24" biceps—then you need to be dedicated to more than just the gym.

According to a Men's Health interview, Rush eats between 6,000 and 10,000 calories per day (60% of which comes from protein) to maintain his incredible arm mass and to facilitate his active lifestyle (he does over 2,000 push-ups in the morning). [2]

The verdict: How realistic is it to get 24 inch arms?

For most natural lifters, getting 24 inch biceps is utterly unrealistic because the vast majority of people simply don't have the frame size necessary to accommodate that much muscle.

Sure, if you're a 7ft giant, then maybe you can sculpt 24 inch arms. But for the rest of us, building 24" arms is close to an impossibility.

The only way that you could do it naturally is by a) having the frame size and then b) gaining a ton of mass and body fat over a period of many years.

Other than that, the only lifters who can get 24 in arms are enhanced, professional bodybuilders.

And even among the professional ranks, 24 inches is far from a common arm size.