Does anyone actually have 26 inch biceps? 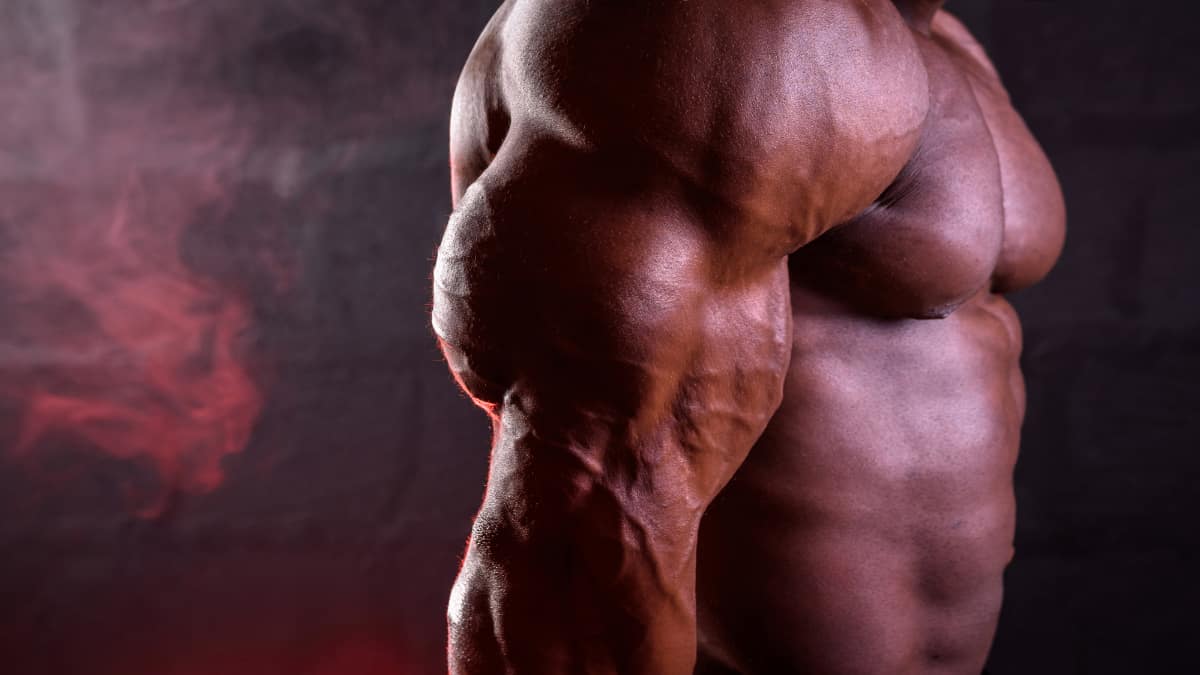 The triceps and the muscles of the biceps brachii can become really big if you eat plenty of food and give it your all in the gym.

However, developing a bicep circumference of 26 inches is a different matter entirely.

Building 26 inch arms, which is impossible for the vast majority of lifters, requires either a huge frame and top-tier muscle-building genetics or some kind of site enhancement oil, such as synthol—a substance that we absolutely do not endorse or recommend using.

With that said, this guide explores whether it’s possible to grow 26 inch biceps naturally and then provides commentary on three 25 inch arm case studies.

See How Your Arms Compare:

Is it possible to build 26 inch biceps?

As you’ll learn in just a moment, building 26” arms is possible for bodybuilders who use synthol and take anabolic steroids.

But can natural lifters get 26” biceps?

I think that it’s highly unlikely. But what if we’re dealing with a rare case, someone who has a massive bone structure that’s capable of supporting abnormal amounts of muscle mass? Is it possible then?

While these people may not necessarily exist at the moment, it’s conceivable that a giant could start lifting weights, build massive arms, and then bulk up to a high body fat level in order to get 26 in biceps.

After all, there are obese people who have arms that are larger than 26 inches. So if you add in several inches of height and decades of weight training, then it could actually be possible for someone with a giant frame (let’s say 7 ft tall) to build 26 in arms.

Two of the following individuals have real 26 inch arms. The third guy may well have 26 inch biceps, but his measurement hasn’t been verified.

Dave Crosland is the man behind the YouTube channel UCTheFREAK and he has 26.5 inch biceps.

He’s extremely honest about his history with steroids, which, in addition to his high-calorie diet and hypertrophy training regime, obviously helped his arms grow to 26.5 inches.

You’d think that a man his size would be in the gym swinging weights around trying to show off, but it’s quite the opposite. Dave’s made several videos stressing the importance of using the proper form for staying safe in the gym and maximizing your muscle-building results.

As obvious as it sounds, he says that if you want to work your biceps, then you need to completely isolate them by focusing purely on elbow flexion.

Swinging the weights up shifts tension onto your shoulders, back, and core, which robs your biceps of resistance and increases your chance of getting injured in multiple ways (one, you could hurt your lower back, and two, you’re not getting your biceps used to handling tension on their own when you cheat the weights up).

Synthol Jeremy appeared on the RXMuscle After Hours Podcast with his friend Giovanni DelBiondo, Gregg Valentino, and some other fitness personalities.

While Jeremy’s arms are undeniably big, there clearly way out of proportion with the rest of his body. However—credit where credit is due—he actually had his measurement verified with a tape measure, so at least we know that he’s telling the truth.

The arms of Dave Crosland, on the other hand, while not competition-shredded, are much more in line with the rest of his physique.

This unknown bodybuilder is claimed to have 26 in biceps. And while his measurements can’t be verified, they don’t look far off the 26-inch mark.

There are pro bodybuilders who’re in the 24-inch club, so it’s not inconceivable that this guy could have 26 inch arms if he has a larger build than the average bodybuilder.

One thing that I will say is that his triceps are just about the most developed that I’ve ever seen. So considering that the triceps account for two-thirds of your upper arm size, I think that there’s a high chance that this bodybuilder actually has 26 inch biceps.

For most lifters, no, building 26 inch arms is completely unrealistic and not a goal that you should strive for.

Even if you did have the genetics to build 26 inch biceps, which is to say if you’re a giant, you’d need so much mass and such a high body fat level that you’d be putting your health in jeopardy.

And that’s the best-case scenario.

The other weight lifters who have 26” arms use anabolic steroids and synthol, which have many dangerous and undesirable side effects. We do not endorse the use of these substances.

So, in summary, if you want to grow your arms, seek help from a professional trainer and don’t think that you need to hit any particular measurement.