Meet the bodybuilders with 28 inch biceps

Learn the ugly truth behind these bodybuilder’s 28 inch biceps. 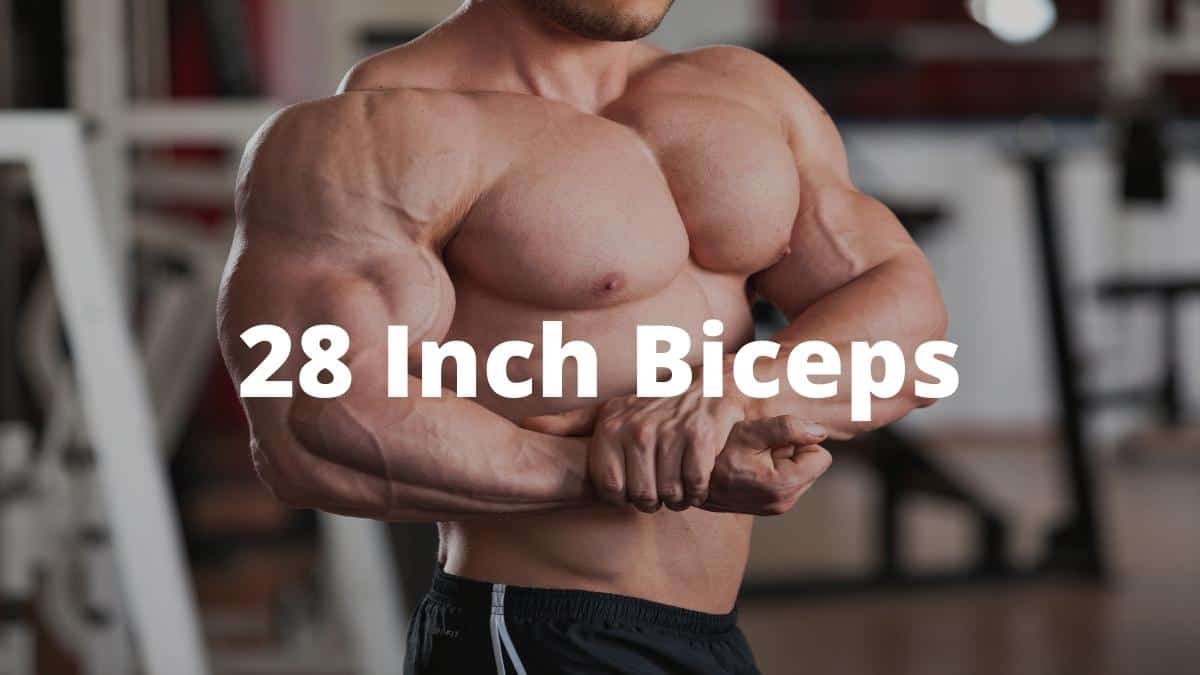 Understanding how the biceps muscles work can help you to build a good bicep size by lifting weights and eating enough protein. However, there comes the point when too much is too much.

If you've read our size guides before, then you'll know that as the arms get bigger, they also become less natural.

There are bodybuilders out there with 28 inch biceps (or people who had 28 inch arms in the past), and, as you'll soon see, such an arm size looks high unnatural and comes with many downsides.

Disclaimer: This article contains a discussion of anabolic steroids and site enhancement oils, which are obviously used to build artificially big arms. We do not recommend or endorse the use of these substances for increasing muscle mass. You can build a muscular and even a large physique naturally via diet and training alone.

These 28 inch bicep case studies show an example of bodybuilders who took things too far by building their biceps and triceps to an artificially large size.

One man with 28 inch biceps is the Brazilian Tony Geraldo. As you can see from the video, however, his arms are far from natural.

Like his brother Alvaro 'Conan' Pereira, Tony' Hulk' Geraldo used site enhancement oil to artificially increase the size (not the muscularity) of his biceps and triceps. [1]

Despite using dangerous substances to grow their arms, the Brazilian brothers still consume a bodybuilding diet, eating a whopping 10 eggs in the morning and eating every 3 hours thereafter.

Having experienced unpleasant side effects themselves—and having known people who've died from using site enhancement oils—Tony and Alvaro are warning weight lifters against the use of such substances, which are designed for use on cattle.

In agreement with various doctor's, they admit that the deformed appearance looks unappealing and has major consequences for one's health. [2]

Gregg Valentino always had big arms and a massive physique. But it wasn't until he started injecting his anabolic steroids locally that his arms became record-breaking.

His arms measured over 28 inches at their peak but then exploded in gruesome fashion, forcing Valentino to have emergency arm-saving surgery in a desperate bid to avoid amputation. [3]

Valentino claims that he never used synthol and that his 28” arms were the result of years of hard training and local steroid injections.

His physique at its peaked looked far more proportional than the bodies of today's synthol users, so it's likely that Valentino is telling the truth here.

Conclusion: Why do people want to build 28 inch arms?

Muscle dysmorphia is the main reason why bodybuilders want to build 28 inch biceps. It's like reverse anorexia; despite already being big and muscular, some weight lifters believe that they need more mass.

Unfortunately, rather than building more muscle via progressive and intense weight training, certain individuals take shortcuts by using dangerous substances. But the catch is that these substances don't actually increase the size of their muscles. In fact, they distort the look of their muscles by filling their arms with oil and other dangerous chemicals.

There are even people out there who almost have 28 inch arms and then no muscle on the rest of their physique. This is the saddest example because you know that these guys desperately want to stand out and get some kind of love and attention. It's just a shame that they're sacrificing their health to get some short-term recognition when they go out in the street.