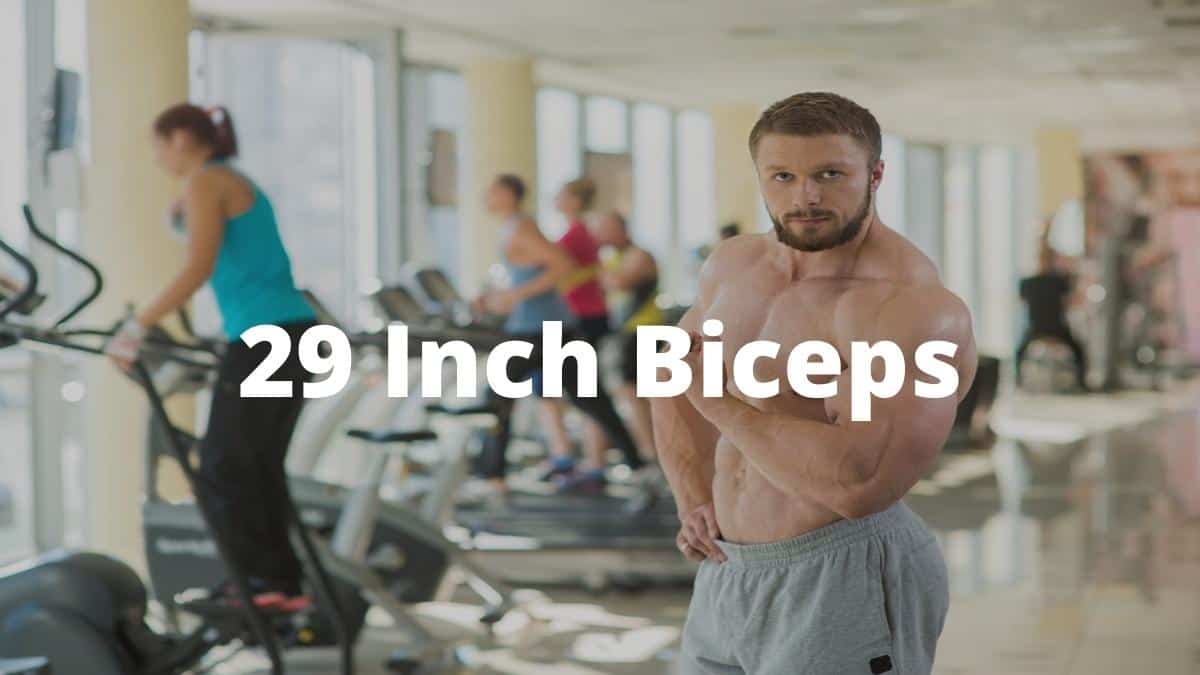 Understanding how the biceps muscles function is vital if you want to get results in the gym. This is because, by having good bodybuilding knowledge, you can train smart by selecting the most optimal muscle-building exercises and making sure that you use the correct lifting technique.

However, some people take their dedication to bodybuilding much too far. Arlindo 'The Mountain' de Souza is one example of such a person.

His monstrous 29 inch biceps are way above the average arm circumference, which is less than half the size of his ginormous 29 inch mountain peaks.

Disclaimer: This article discusses steroids and site enhancement oils, which are dangerous substances used by bodybuilders to artificially inflate their arm size. We don't recommend using these substances in any way to increase your muscle mass.

Table of Contents show
The man who has 29 inch biceps
Why would anyone want 29 inch arms?
Conclusion

The man who has 29 inch biceps

Arlindo de Souza is a middle-aged man from Brazil who used site "enhancement" oil to artificially increase the size of his traps, shoulders, and, most notably, his biceps and triceps.

Using these oil injections comes with numerous adverse side effects, such as needing an amputation, and can even lead to death, something that de Souza knows only too well. One of his close friends, Paulinho, died from using the substances. [1]

And yet, these oils, unlike anabolic steroids, don't even increase your muscle mass, which means that they also don't increase your strength.

In fact, these substances quite possibly inhibit your natural muscle growth and strength development. At the very least, they completely obscure any size that the user has built up naturally.

Why would anyone want 29 inch arms?

Many weight lifters have body dysmorphia; they think that they're weak and skinny even though they're strong and muscular by any objective standard.

Usually, this feeling of inferiority leads some gym-goers to live their lives around the gym in an effort to bulk up.

Oftentimes, muscle dysmorphia leads to steroid use. And unfortunately, lifters are increasingly turning to oil-based injections in a bid to bulk up their arms in a short space of time.

Besides the health consequences, the worst part is that people with 29 inch biceps don't look good.

People only ask to take pictures with them so that they can show their friends that they encountered an unusual person.

Some people also just want to stand out; they don't necessarily care if they look muscular or not. Of course, sacrificing your health is hardly worth getting attention in the streets from strangers.

Arlindo de Souza's 29 inch biceps are considerably bigger than most men's thighs (and probably even bigger than his own thighs!). But since the oil hasn't given him any extra strength or muscle mass, you could say that his oil harvesting efforts have been in vain.

All he got out of it was some cheap attention and (very) temporary celebrity status within the bodybuilding community. The rest of his natural body (i.e., his legs) aren't objectively small. However, because his 29 inch arms are so inflated, it causes people to think that his legs are undeveloped when, in reality, they're not.